Exactly seven years ago, Urban Space 100 opened its doors to its guests. Founded by a hundred co-founders, the public restaurant donates 80% of its net profit to city development projects. The restaurant space also features an event venue and a transparent studio of Urban Space Radio. In total, over seven years, the Grant Programme provided 135 Ivano-Frankivsk development projects with more than 3.5 million hryvnias of grant support, and 1065 free events were held at the event venue.

To celebrate the anniversary, a space-themed graffiti, a Christmas design, a kitchen pop-up by Dj Transer (Serhii Pasichnyk), a festive cake and a DJ set were added to the collection of illustrations on our walls. In addition, on this day, its co-founders traditionally cook and work as waiters in the restaurant. 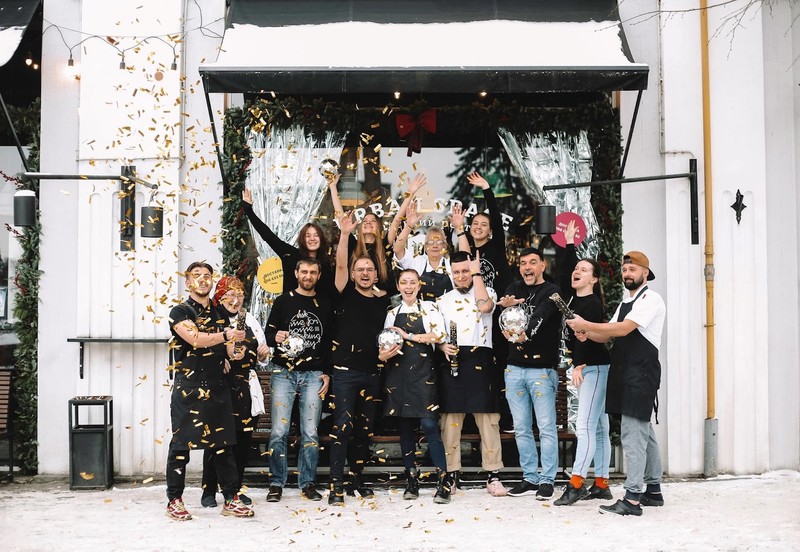