A few years ago, the authentic wooden door in the stone building built in the constructivism style in the interwar period, currently occupied by the children’s art school, was replaced with a white plastic one. Two weeks ago, when visiting the school, the FrankivskWeHaveToSave initiative decided to restore this door and return to its historic place.

The project goal was to preserve the historical heritage of Ivano-Frankivsk through the example of restoring the ancient door at 17 Pavlyk street and renewing its historical value. 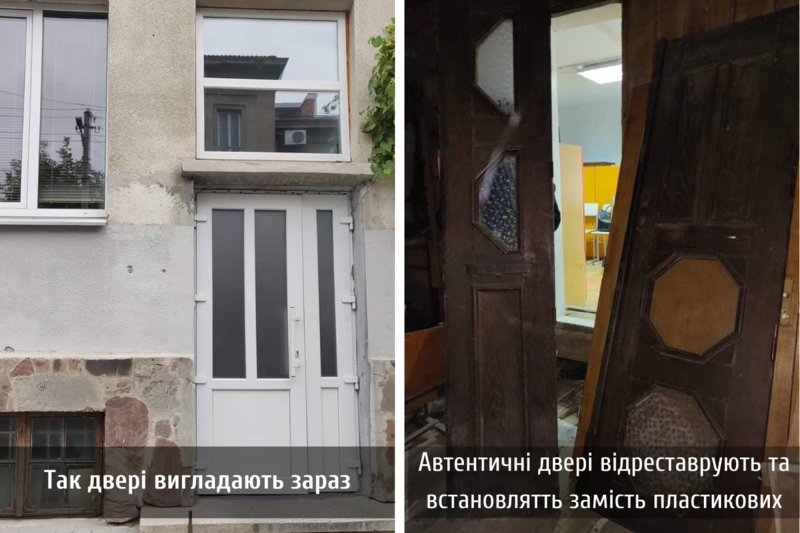 In addition to the physical preservation of the specifically selected door, the project team has
the following tasks:

The grant programme will cover the cost of carpentry restoration work.