Love and death are followed by money

Urban Space Radio — online media about the life of modern cities, with the headquarters within the space of Urban Space 100 Restaurant — came up with an idea of the radio marathon more than a year ago. The first marathon was held in February 2018. The point is to speak as a role model about what is considered uncomfortable or unusual in the media or public space, but what is of everybody’s concern as an integral part of our lives.

The radio marathon always starts late in the evening, lasts 4 hours and ends at night: it’s easier for people at this time to reflect on topics that cause us discomfort, according to Urban Space Radio team. Several guests participate in every marathon. They are representatives of various professional fields: together with them, you can look at an issue in question from different perspectives, in an integrated manner or in a new way. The presenters are, as usual, the psychologist, psychotherapist Anna Shyichuk and the chief editor of the online magazine Platfor.ma Yurii Marchenko.

The first Nuyaktobiskazaty marathon discussed love, sex and relationships; the second was dedicated to death and life purpose. “At the beginning of the project, there was a big public response,” recalls Urban Space Radio coordinator Yuliia Kushnir, “the audience was attracted by both an interesting topic and an unusual format.” The topic of death and life crises was less intense: this issue is more difficult and harder emotionally. Interestingly, statistics says that the majority of listeners of this live stream were men over 35 years old.

Many sides of a thin bill

Back in the planning stage of the second broadcast, the radio team knew they wanted to talk about money.

— We choose topics that most often cause a feeling of shame and embarrassment in our society. We are ready to explore them and look for people who can talk about them,” says Yuliia Kushnir. “Each of our marathons carries a specific emotion or feeling that is different each time: the first topic (sex) carried shame, the second one carried sadness and some lack of understanding of how one can talk about death. As for the money, this topic sparks curiosity in me: how can we talk about this, why do we have so many stereotypes and discomfort about money? People talk a lot about it, but never about the ways to talk about it. Together with the invited experts we want to take the lead. If we look closely at any bill, we can see that it has not just two sides — it’s much more interesting. Actually, Nuyaktobiskazaty will examine various aspects of money. Several blocks are planned. The first one is “Money and Psychology.” Yes, it will deal with the place of money in the relationships and family, gender stereotypes and money for women. It will also be about money and work: how to tell your employer about your salary expectations; how to evaluate yourself in the labour market; and how to evaluate the work of others. Presenters will discuss this at the interview with Mariia Koval, who has experience in HR management in the IT sector. Also, the independent financial advisor Severyna Padovska will help us find the best way to talk about money with children, so they can understand: what is money, why mom and dad go to work, what pocket money means, etc. The How to Talk to Children aspect is a common part of every radio marathon.

Money and the World is another focus. What can happen to money in 50 or 100 years? Can its substitutes appear, such as a measure of time spent? What about cryptocurrency? Andrii Stetsevych, the Deputy Chairman of the Board of Oschadbank, will challenge these questions. Meanwhile, the block Money and Ukraine will focus on the peculiarities of the perception of money and mental causes of poverty.

Maybe it’s not about money?

“Maybe it’s not about money, maybe a Ukrainian will even use a million for nothing?” said Urban Space Radio coordinator. “Compared to the various European countries or the U.S., where citizens know their value, the value of the resources they put into work, Ukraine, as generally any other post-soviet country, has a problem with that. Therefore, during the radio marathon, we will learn more about historically caused Ukrainians’ issues related to money, about the attitude to them and the consumption culture.”

Anna Shyichuk considers these to be small steps in overcoming the stereotypes which our society is rich in. “Everyone knows such proverbs as “He is stupid because he is poor; he is poor because he is stupid” or “Wealth and money are bad, because one cannot earn money in an honest way, or because money means troubles.” Therefore, it is associated with shame or fear; welfare entails prejudice. Moreover, Ukrainians do not always see money as a resource for something else, a medium of exchange, an equivalent of products or services, but as a final goal. This is resulted, in particular, from the quite recent experience of life in the Soviet period, where people lived “pay check to pay check” and did not want more because they would arouse suspicious and have problems, as well as in the 90s, where people were on the brink of poverty and uncertainty about tomorrow. Today, many people in Ukraine are worried about poverty; the average wages and standards of living are below satisfactory. However, there are those who earn enough, while working honestly,” said the presenter.

The radio marathon is supported by the Urban Space 100 grant programme.

You can listen to the radio marathon here.

This material was first published on The Reporter news portal (Ivano-Frankivsk) on 19 February 2019, within the framework of the content partnership between Teple Misto and The Reporter media resource. 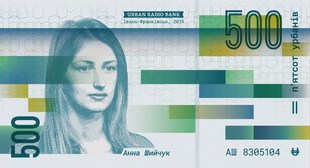 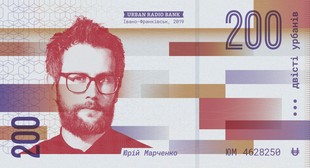 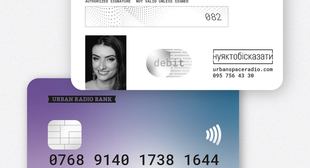